It’s no secret I am loving the return of the mid century modern style.  But if you mix in a little boho, I’m digging that even more!  So that makes this super simple DIY modern woven bench a perfect combination of my favorite things–modern, boho, AND easy to build 😉 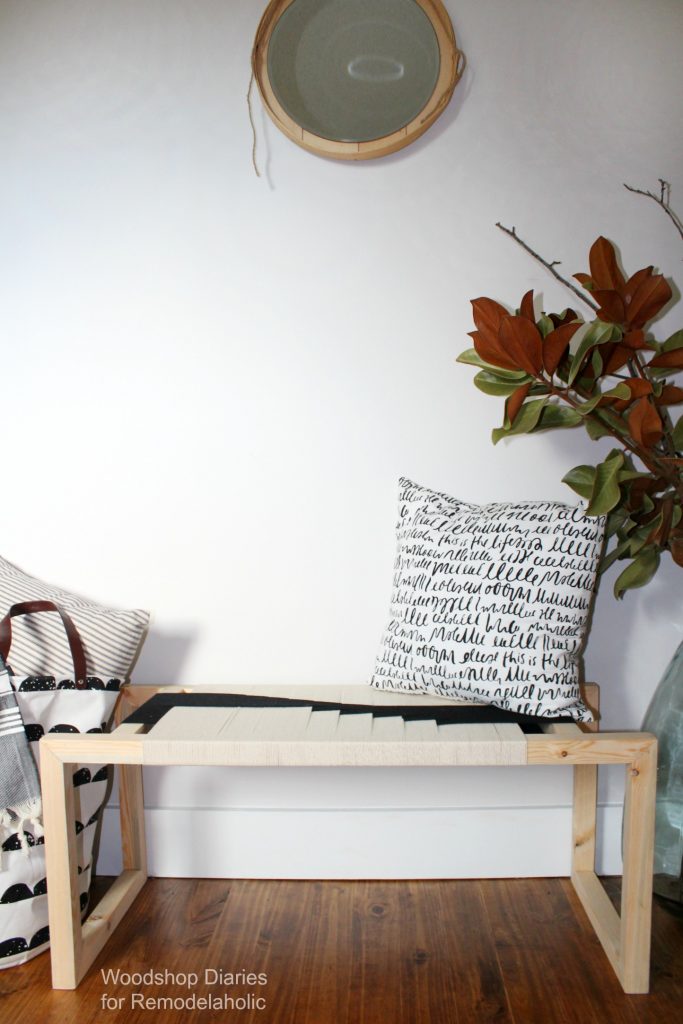 If you’ve got a few simple tools, a couple 2x2s and some string, you can knock this project out.

This bench may be small and simple, but it packs a big style punch.  And you can get as creative as you want with the seat design.  I’m pretty plain and boring (ha!), so I went with a super simple black and white design. 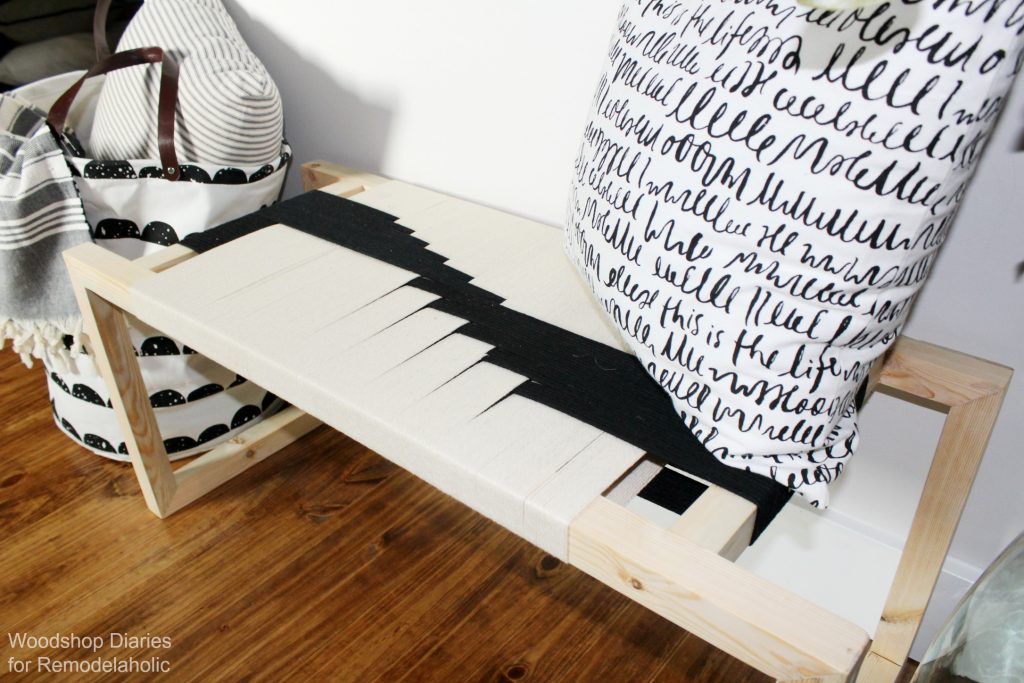 I highly recommend the twine that I used–it was easy to use and stronger than I expected.  Plus, it was kind of thick, so that made it easier and faster to weave.  You can find affiliate links to the black twine here and the white twine here.

Weaving is super easy, so don’t be intimidated.  It’s a little time consuming and monotonous though, so just turn on your Pandora music and get to work.  With the music playing, you’ll be done before you know it 🙂 haha.

Not only is the weave part really simple, but so is the build.  It’s just a few boards, a few cuts, a few screws and some glue.  If you wanted, you could even beef up the frame some and use 2x4s instead of 2x2s, but I liked the minimalist look of the thinner 2x2s.  Danny sits on this all the time to put his shoes on and it holds him up fine. . 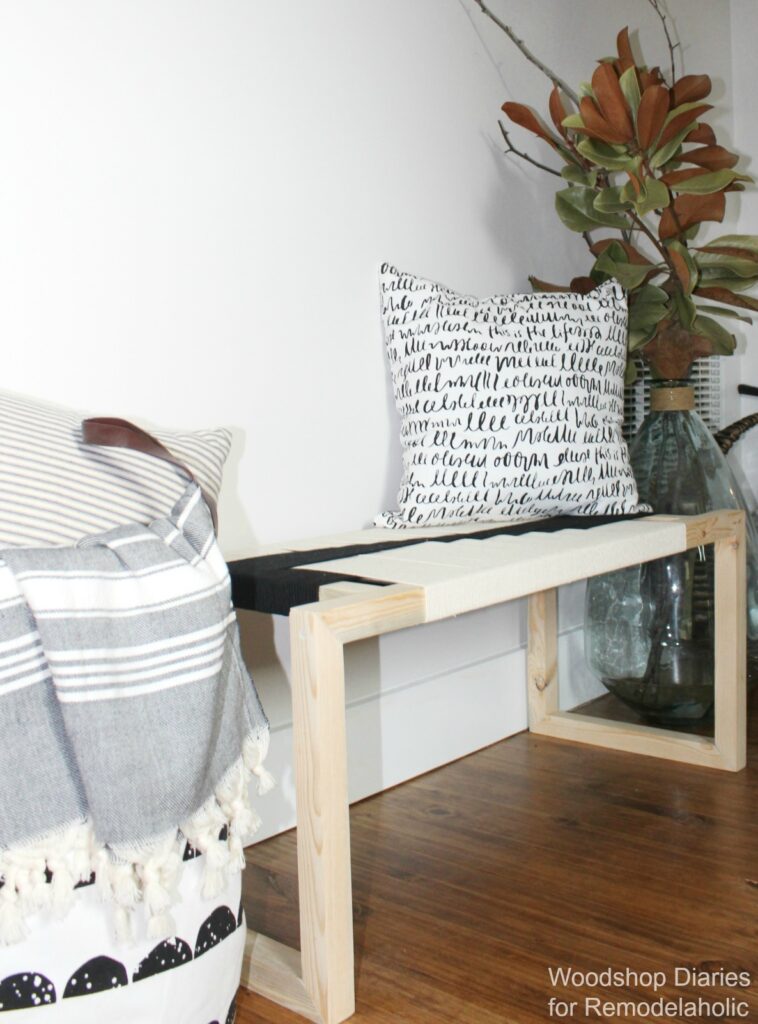 Oh and FYI, if you’ve noticed this black and white basket in the pictures, here’s the affiliate link for it.  I use it ALL THE TIME for staging and I LOVE the modern style.

If you’re ready to build our own DIY modern woven bench, click over to Remodelaholic for the step by step tutorial and video for the build and the weave 🙂

But before you go, don’t forget to pin this for later AND check out links to a few more of my favorite modern and mid century builds at the links below  🙂 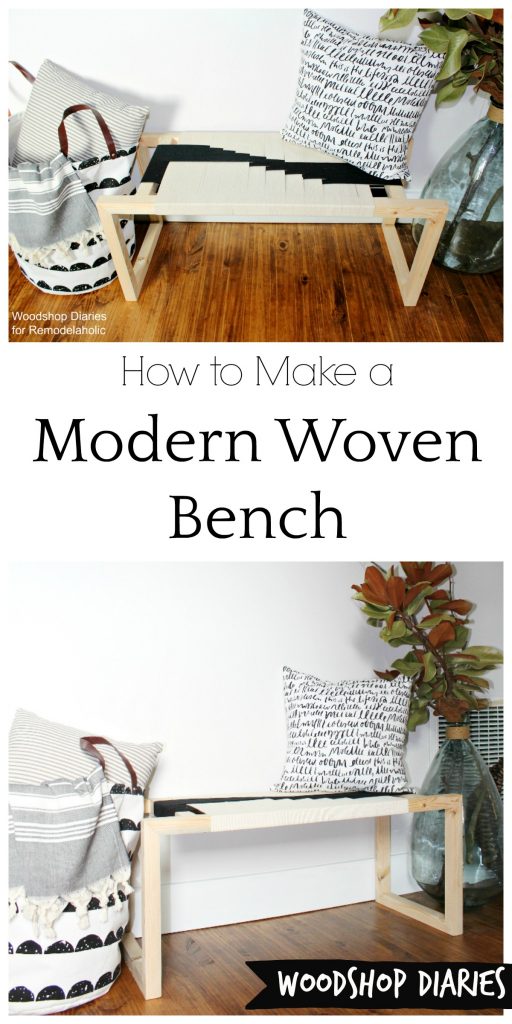 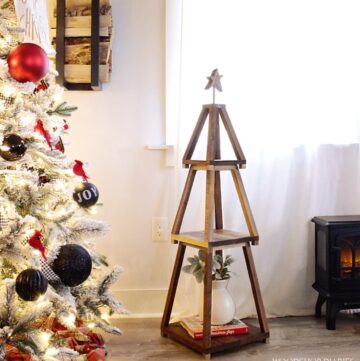 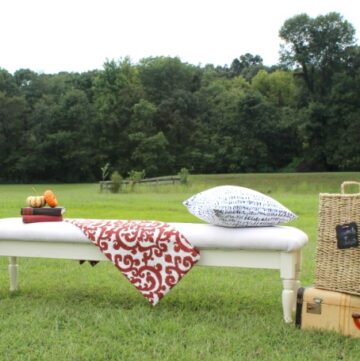 How to Upholster a Bench 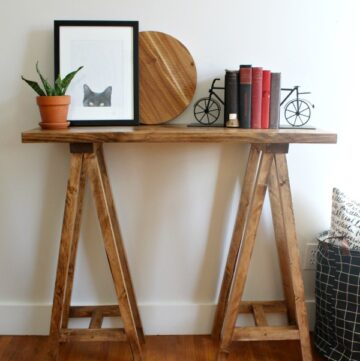