I am just not getting the hang of this blog thing. I mean for real, how hard is it to post more than like ONCE A STINKIN’ MONTH?!  You guys….sometimes it’s actually really hard.  And I have no idea why.

I wrote A LOT in school. I was on the high school newspaper staff, and I loved to write short stories.  In college, I wrote A TON of lab reports.  Like hundreds probably, no kidding.  And at work now, I frequently write summary reports on monthly scrap and other data findings.  I know how to write.  But, I’m just not sure how to BLOG. 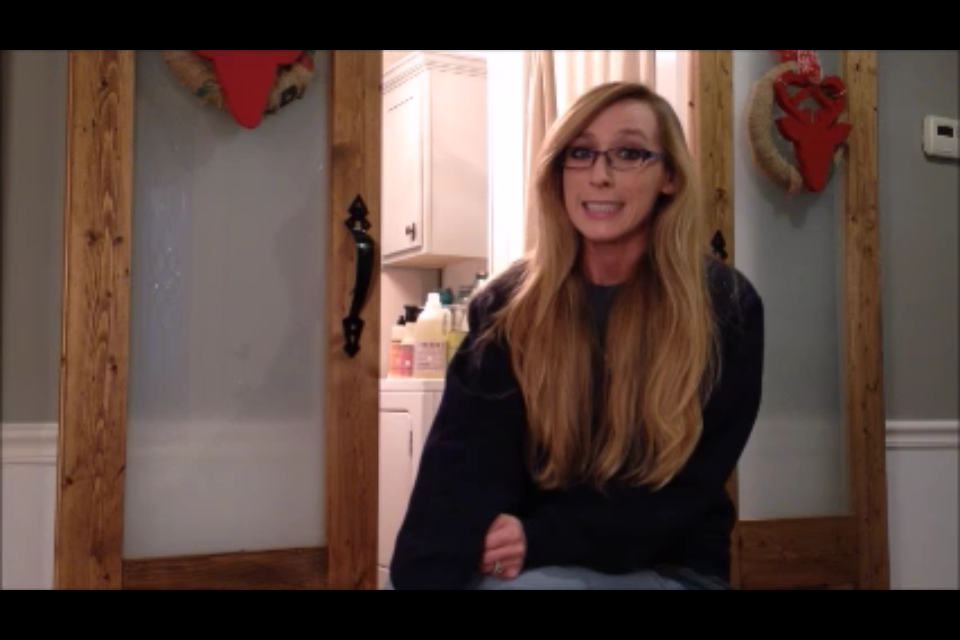 Sometimes I feel like writing a blog post is like standing in front of a random crowd trying to tell jokes. You never know if they’re going to laugh with you or at you…Or if they’re even going to get the joke at all.  I’m blonde, so I’m usually in that last category…HA!  Sometimes I just don’t know what to even write about…or what you would be interested in.

I’m a DIYer…I mean I like to do EVERYTHING POSSIBLE myself. I don’t even like to buy store bought pies, because you know what?  I can totally make that myself.  {But, I do draw the line at certain things…like detergents and soap.  I could make it I guess if I really wanted to (thank you, Pinterest!), but for real…ain’t nobody got time fo that.}  So, I obviously like to write about my DIY projects.  But, do you know how long it takes me sometimes to get from the idea to the finished product and tell you all about it?  Sometimes it’s MONTHS.  So what do I do in the mean time?  Not write anything.  And that’s no fun.

I don’t want to bore you with a bunch of “filler” blog posts when I am in the middle of projects, but I do want to try to write more updates, and try to stay better connected—even when I don’t have a super cool new project to post about. (Plus, my mom says I’m funny [not sure that’s 100% accurate], so maybe I can provide you some occasional humor and entertainment along the way.  If not, I know Danny is always entertaining, so I can tell you all about him.  Back off ladies, that weirdo is mine 🙂 ) 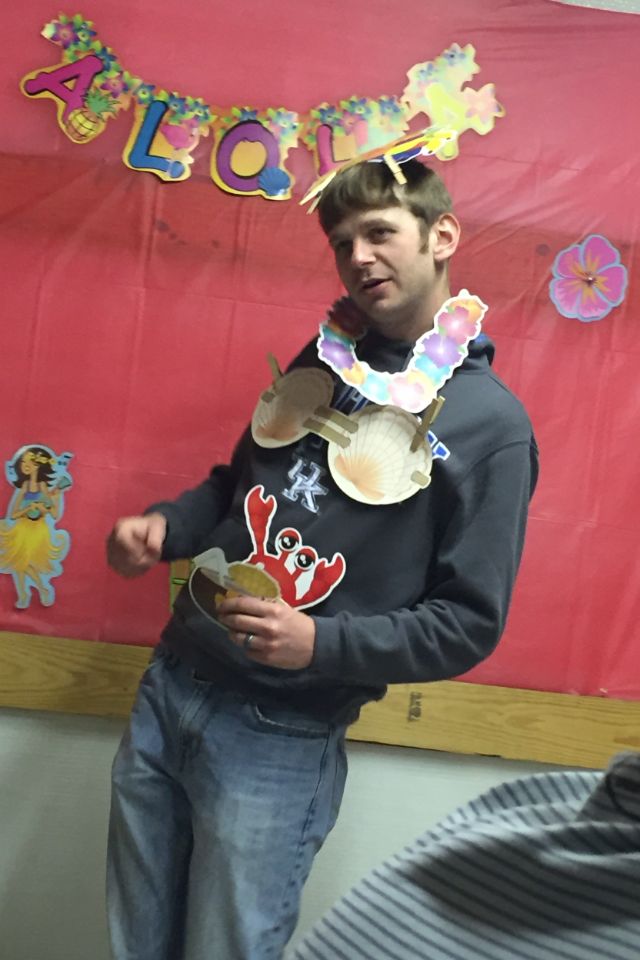 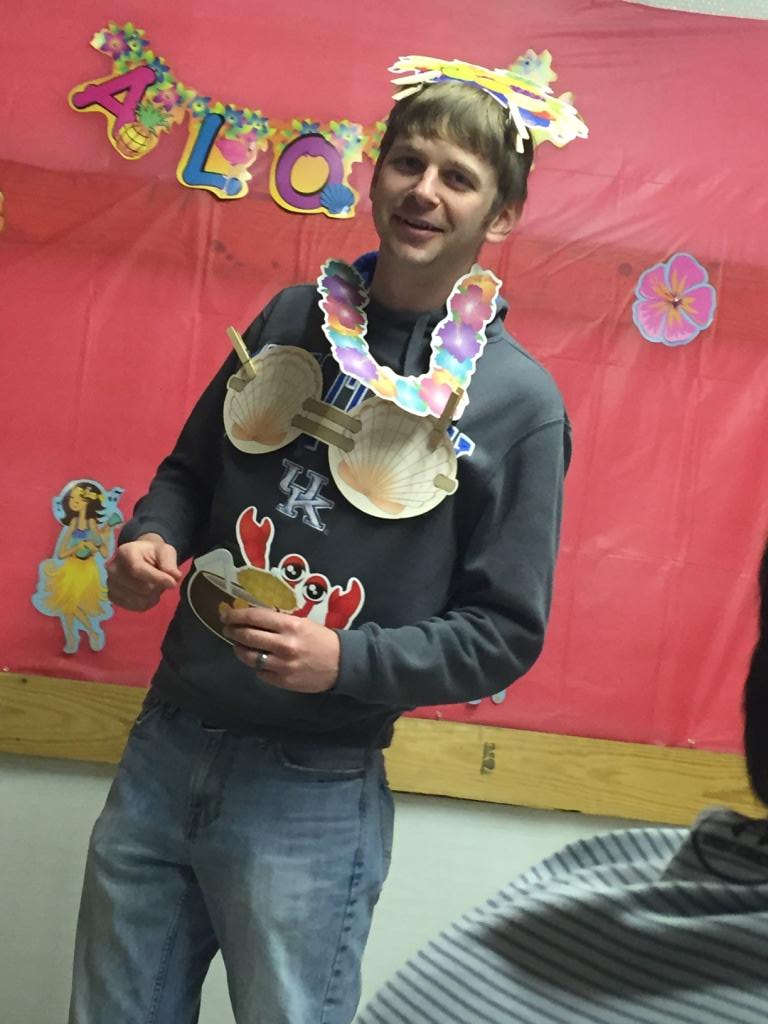 With that being said, I want to give you a heads up about a new series I am starting. I will call it “What’s Up Wednesday,” which I know is not very original.  Just go with it 🙂  This will be a random post each Wednesday to either catch you up on current projects, tell you a funny story, show you a funny picture, whatever it may be.  What do you guys think?  Are you interested?

And I really do hope to have some cool new DIY projects to post soon. I have several “in the pipeline,” they’re just not quite ready yet.

The first one is a headboard I built my friend, Katie. I built it, she painted it, and she’s still waiting to get her new bed before she can send me some pretty finished product pictures. 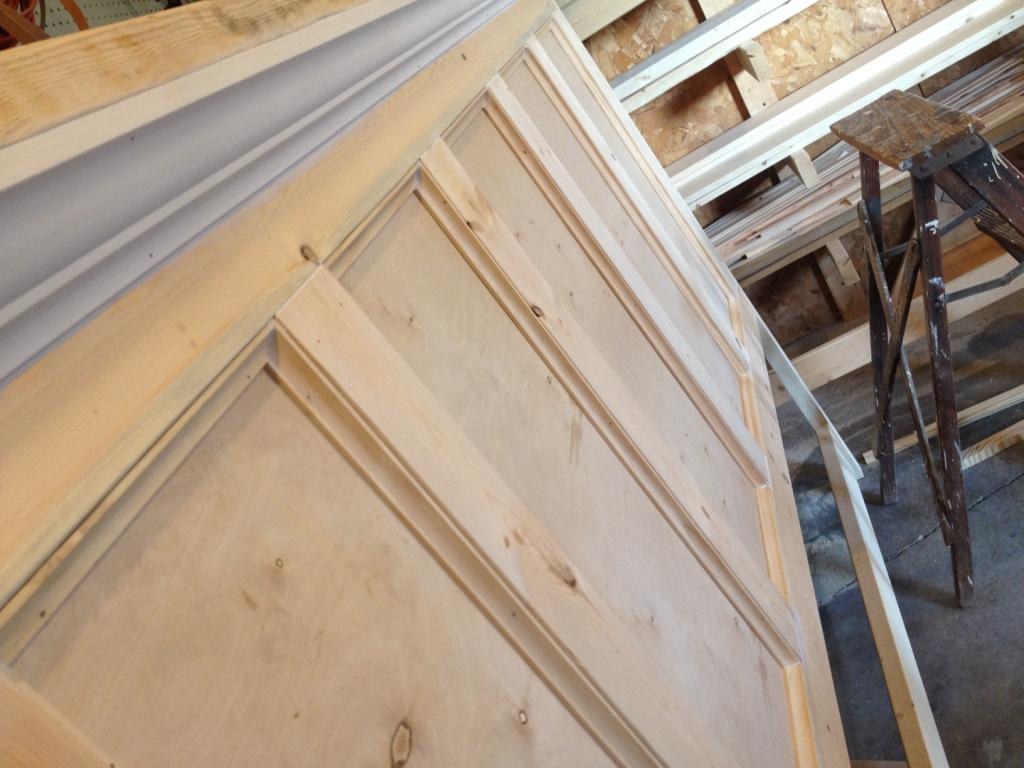 The next one is a dresser that I LOVE LOVE LOVE. I built it like a month ago and haven’t been able to decide on knobs and pulls for it until this week.  I’m telling you guys, my indecision lately has been AWFUL.  I literally cannot make a decision and I just hate everything…put one knob on, hate it, try another one, hate it too, try something else, hate it too.  I. CAN’T. EVEN.  Plus I think I’m getting on Danny’s nerves.  He’s all like, “what is the big deal, just put something on it so we can open the drawers” and I’m all “ARE YOU KIDDING?! THIS IS SERIOUS.”  And then he laughs and shows me a funny cat video from Facebook.  Thanks, dear, for the help…

Anyway, I will have the post on the dresser ASAP, because I’m so happy to finally be finished with it…knobs and all 🙂 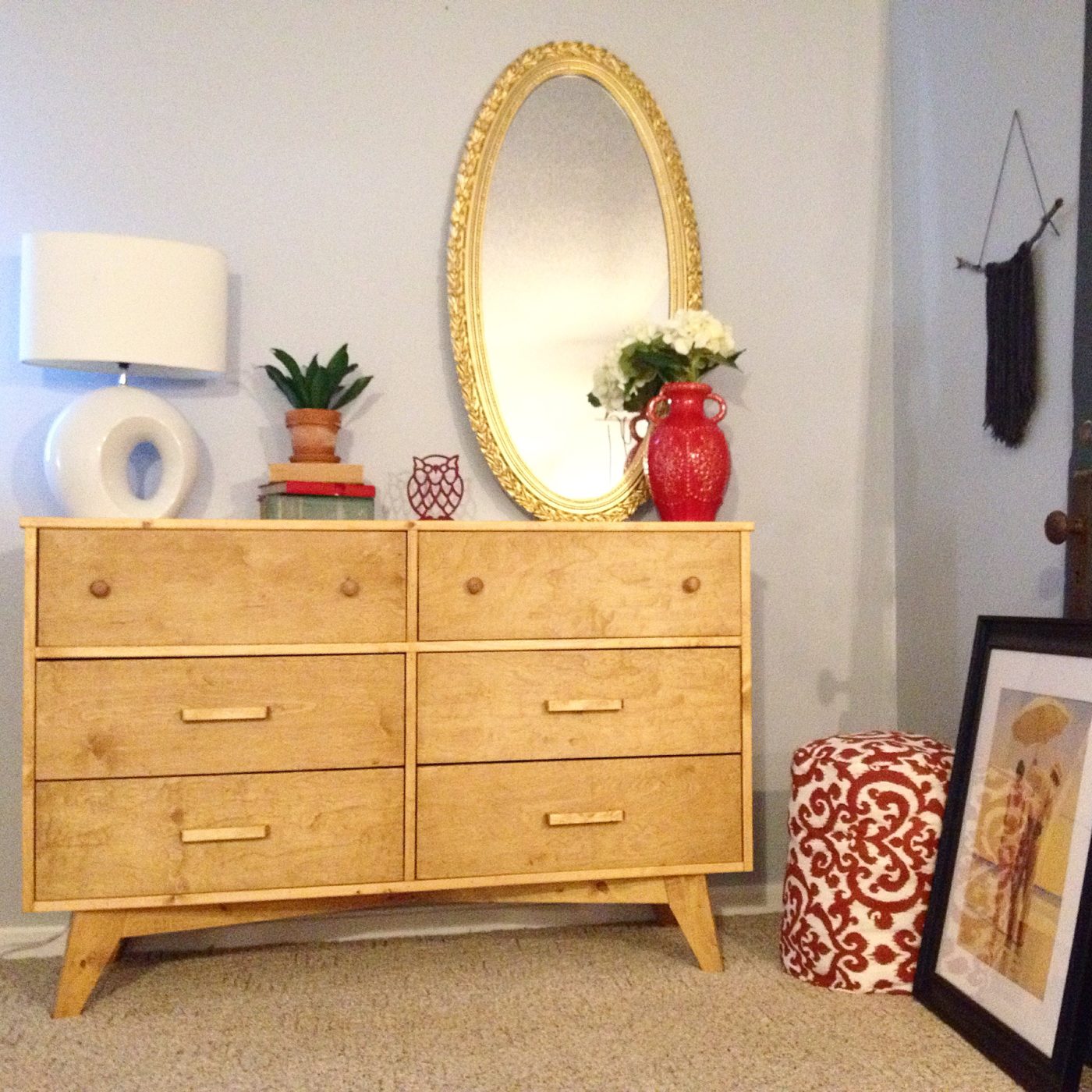 And I have a tutorial on this adorable coffee cabinet coming soon, too. I actually built one without taking ANY pictures of the process and posted a picture of it finished.  Then someone asked me if I had plans and I’m like WHY DID I NOT TAKE PICTURES?!  So I built another one this week and took pictures 🙂  So now, I can tell you all about it soon. 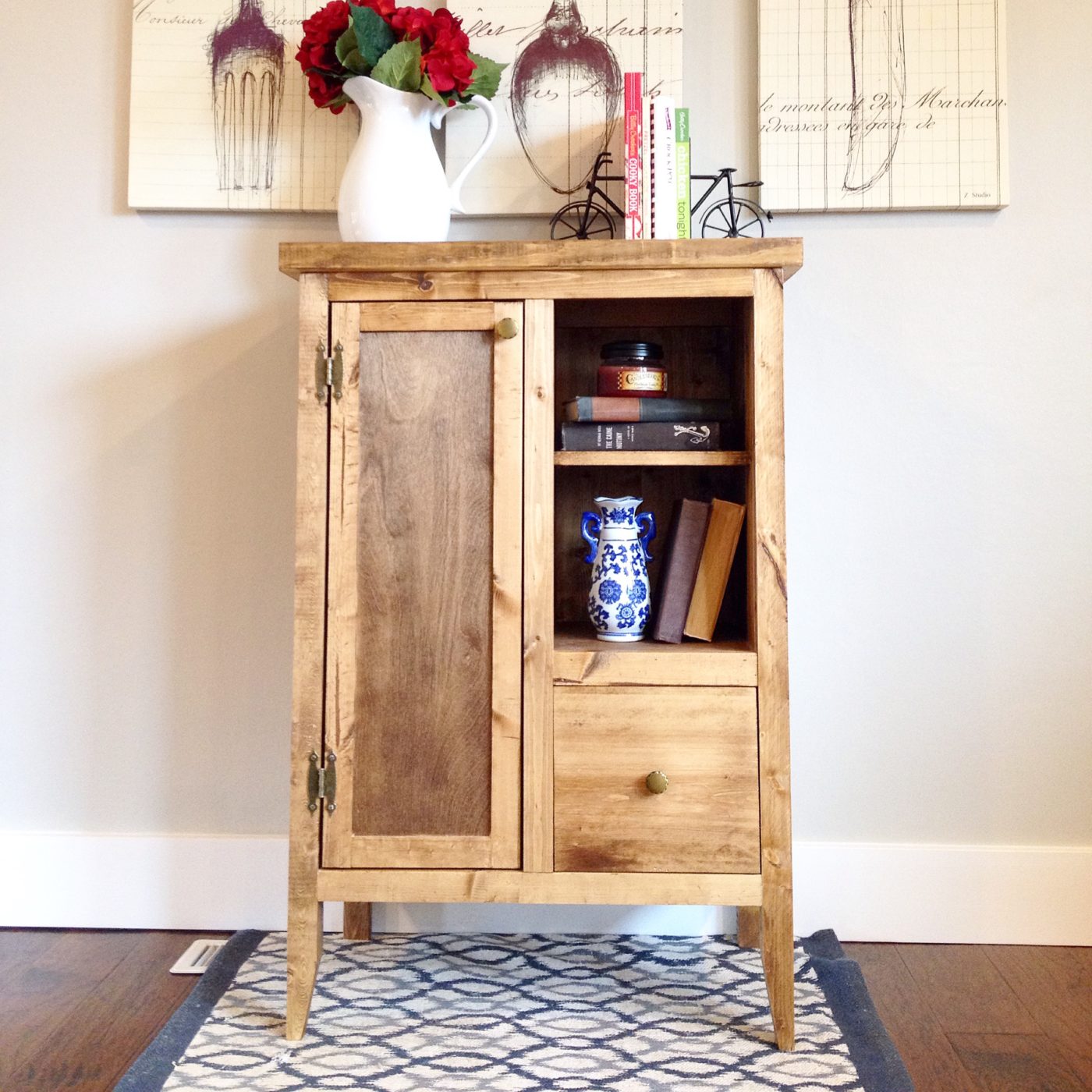 And I have to show you my new outdoor table–since I got rid of the one I had last year.  One of the new kittens is enjoying it.  Which reminds me, I haven’t even told you all about our kitty situation.  I’m sorry for all the “not cat people” out there…I used to be like you…then I got attached to the no-name mouse catchers.  It’s embarrassing, but soon I will tell you about them…and show you a billion pictures.  Just ignore that post if you don’t like cats 🙂 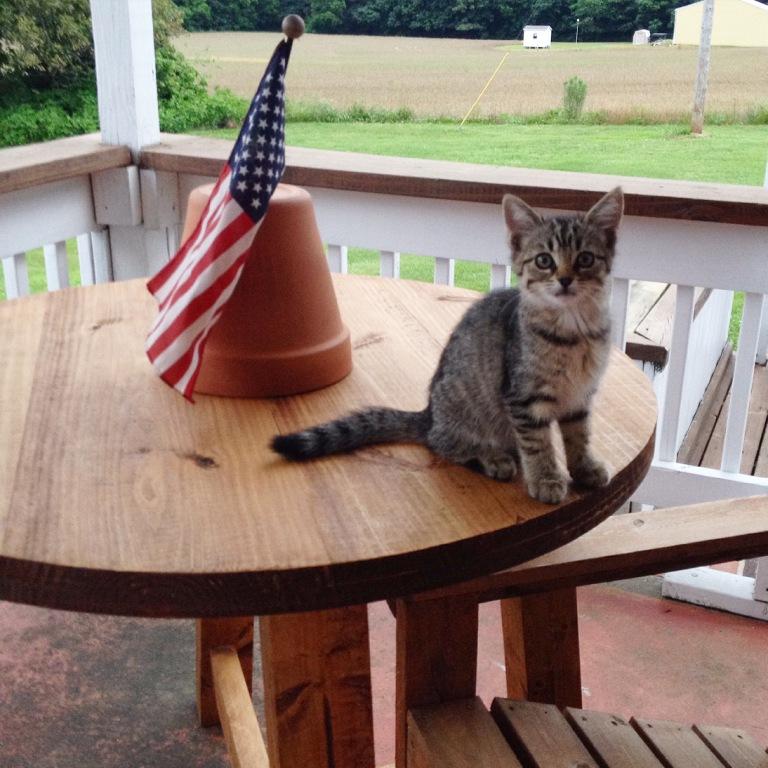 Finally, I will soon have a new bathroom vanity to show you. But, I have no idea when we will actually get around to remodeling the bathroom.  It was supposed to be this spring.  Things happened and it got pushed until June.  Well, it’s June…still no bathroom remodel.  So we are looking at maybe August.  At this rate, it’ll be 2025 before it happens, but hey, I will have a new vanity sitting in my bedroom ready to go within the next month.  Nothing like being prepared, right?

Anyway, that’s enough rambling for now. Stay tuned for the new What’s Up series and a couple new projects next week!  Hope you guys have an AWESOME weekend.  I’ll be in the pool because it’s going to be 100 degrees here.  Stay cool, friends 🙂 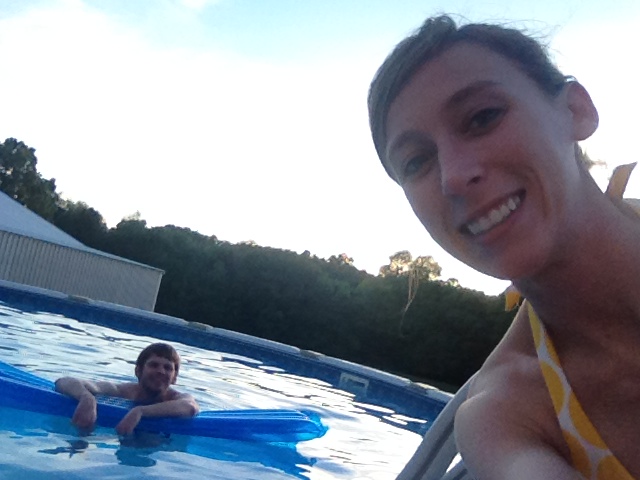 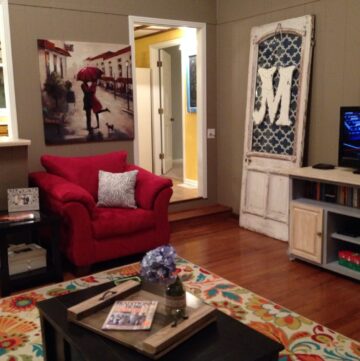 Our new home…the pros and cons 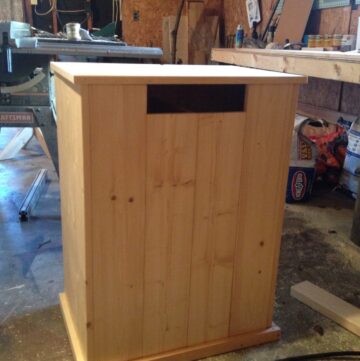 DIY Laundry Hamper-Because Dirty Laundry Belongs in the Basket, Not on the Internet
A Look Back at 2015